Patil and Aloorker: Cystic lymphangioma over the sternum: An extremely rare and atypical localization

Cystic lymphangioma over the sternum: An extremely rare and atypical localization

Cystic lymphangioma is a benign lymphatic system malformation that occurs usually in children. Most common site being cervicofacial region followed by axilla; the cases in the chest wall are very rare. We report a case of male infant with cystic lymphangioma occurring at an unusual site- over the sternum.

Cystic lymphangioma is a congenital malformation that results from failure of primary lymphatic sac to establish drainage into the venous system leading to proliferation of lymphatic vessels and formation of cystic structure.1, 2 Rarely, it is an acquired malformation due to inflammation, injury or fibrosis.2 It is the second most common benign vascular tumour of childhood, its incidence being 1/6000 live births.3 This malformation is most often observed in the cervicofacial region (75%) and less frequently encountered in the axilla,3, 4, 5 whereas mediastinal cystic lymphangioma is rare.4, 6 Other sites are mesentery, retroperitoneum, pelvis and lower limbs.7, 8 Its occurrence at sternal site is very rare and not many cases have been reported before.7

A 10 months old male child presented with swelling over the sternum (Figure 1). The swelling was first noticed three months ago. It gradually increased to the present size. On clinical examination, the swelling was palpable, oval and of size 4x3 cm; over the sternum. It was fluctuant and non-pulsatile and nontender. Transillumination was not possible. Ultrasonography depicted a solitary subcutaneous cystic lesion, 4x3cm in dimension, without any intrathoracic extensions. 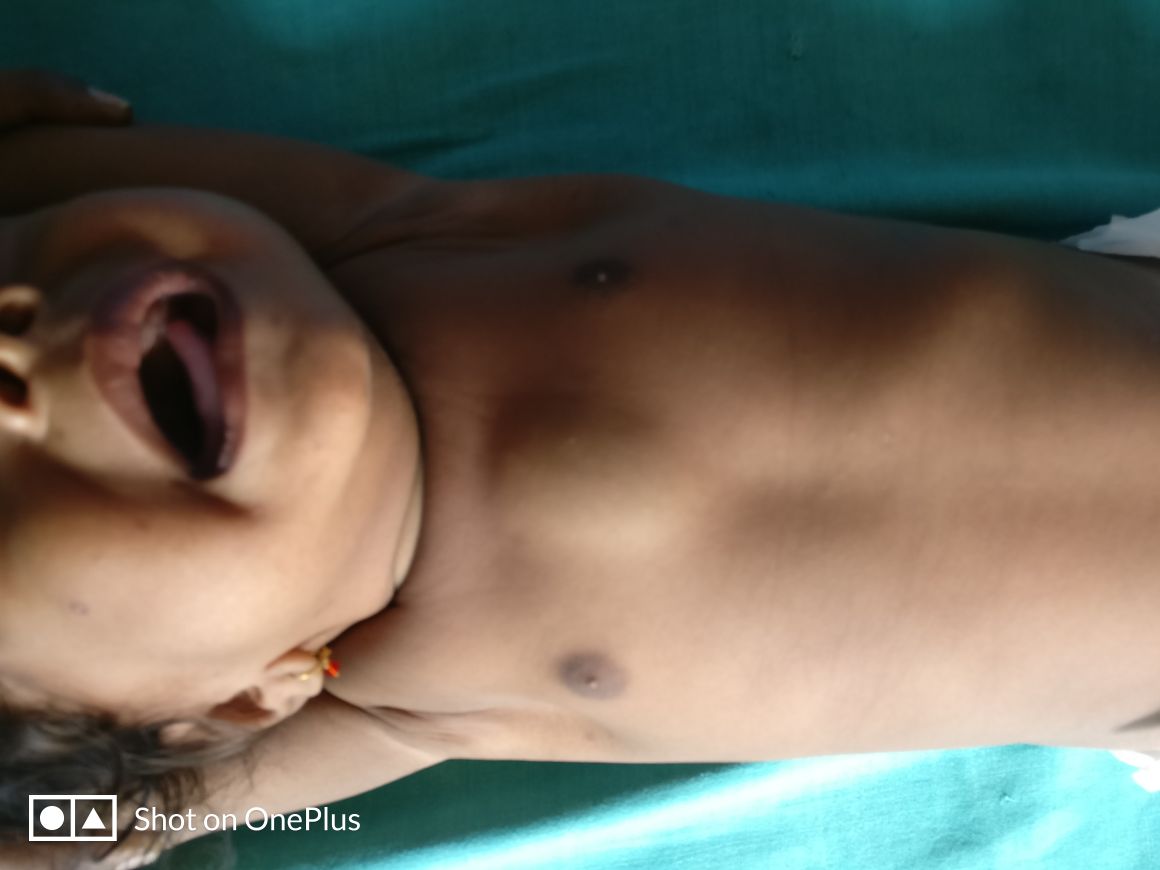 Surgical excision of the mass was done (Figure 2) and was subjected for histopathological examination. 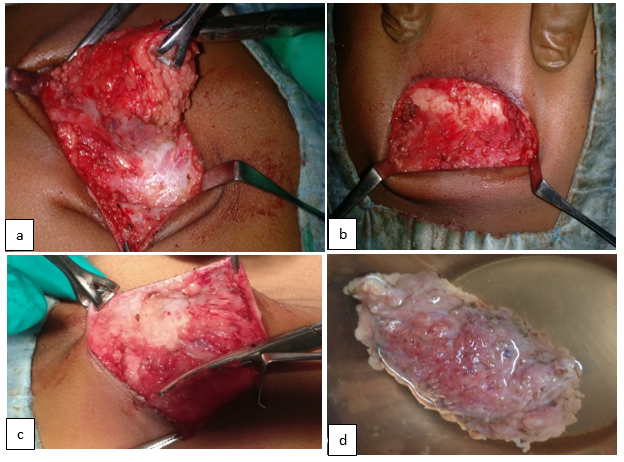 Excised tissue on cut section. Note the multicystic nature of the lesion 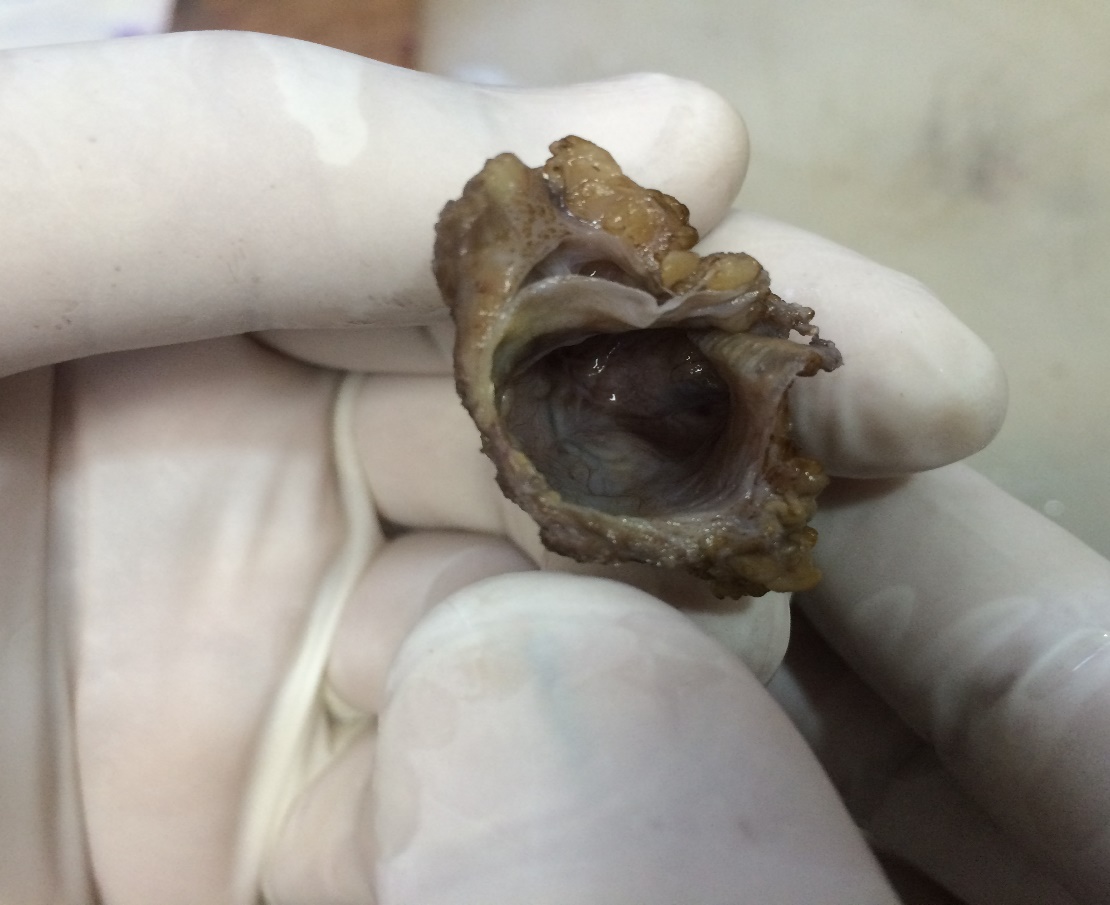 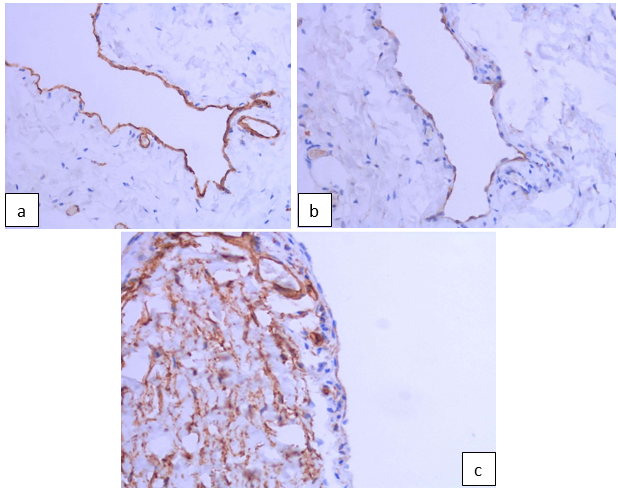 Hancock et al. reported that 31.4% of all lymphangiomas are found in the cervical region, 18.9% in the scalp and the face (craniofacial), 9.2% in the trunk and 4.9% in the cervicoaxillothoracic region;1, 2 however can involve any body site where the lymphatic system originates.3 The accurate anatomic location plays an important role in the management of lymphangioma, because the diagnosis is ultimately made postoperatively (after histopathological examination of resected tissue.9 The differentials of cystic lesions of chest lying in midline or over sternum are dermoid cyst, lipoma, neurofibroma, ectopia cordis etc.7 In addition to clinical findings the diagnosis of lymphangioma frequently requires aspiration of the lesion content for cytological, histopathological and radiological examinations. The management options are surgical excision, sclerosant therapy, radiotherapy, embolization, cyclotherapy, electrocautery, cryotherapy and laser therapy.3, 7, 8 However, surgical excision is the recommended approach for lymphangioma treatment3 and also the treatment of choice.2

Location of cystic lymphangioma over the sternum is very rare and should be considered as one of the differential diagnoses of midline cystic lesions of the chest or over the sternum.

Authors declare no conflict of interest.

JB Mulliken J Glowaeki Hemangiomas And Vascular Malformations In Infants And Children: A Classification Based On Endothelial CharachteristicsPlast Reconstr Surg19826941222