Introduction: Fine Needle Aspiration cytology (FNAC) is a simple, cost effective, rapid and reliable technique which can be used as a routine outpatient department (OPD) procedure and first line of investigation in diagnosing a variety of superficial and deep lesions. Enlarged lymph nodes is one of the common complaint in the surgical OPD’s. Lymphadenopathy is of great clinical significance and the underlying cause may range from a treatable infectious etiology to malignant neoplasms. Any lymph node greater than 1 cm can be aspirated with least complications to arrive at the diagnosis.

Objectives of Study: To study the cytomorphology of enlarged lymph nodes to aid in diagnosis and treatment.

Materials and Methods: This is a retrospective study with 261 cases of lymph node lesions.Clinical data and FNAC of lymph node cytology reports were obtained from the archives during the period of January 2019-December 2019(1 year study).

Fine Needle Aspiration cytology (FNAC) is a simple, rapid, cost effective and reliable technique. This procedure can be used as first line investigation in a routine outpatient department (OPD) basis. Lymphadenopathy is of great clinical significance and the underlying cause may range from a treatable infectious etiology to malignant neoplasms.

Enlarged lymph nodes usually undergo fine needle aspiration as a first line of investigation. In adult lymphnodes greater than 1cm to 2 cm are source of concern, unless clinically the cause can be elicited. The enlarged lymph nodes should be aspirated. FNA is acceptable modality of diagnosis in children also, but lymphadenopathy in children and young is mainly due to reactive hyperplasia. For this reason lymphnodes of children and young are mainly watched not aspirated unless and until the lymph node is very large and persistent.

FNAC is particularly helpful in the work-up of cervical lymph nodes. Biopsy of cervical lymphadenopathy can be avoided in majority of the cases unless all other diagnostic modalities have failed to establish a diagnosis.

To study the Cytomorphology of enlarged Lymph Nodes to aid in diagnosis and treatment.

This is a retrospective study and a total of patients including all age groups and both sexes presenting with palpable or deep lymph nodes in FNAC clinic of our institute over a period of 1 year are included in our study. FNAC was conducted with 22-24 Gauge disposable needles attached to 20c.c syringes. Smears were fixed in 95% ethyl alcohol and stained with papanicolau stain. Giemsa stain was done on air dried smears. Ziehl-Neelsen(ZN) staining was done wherever required.

Data obtained were tabulated and expressed as percentages and proportions.

Does the study require any investigations or interventions to be conducted on patients or oter humans or animals?

Has ethical clearance been obtained from your institution?

The category of lymph node lesions on cytomorphology are as follows - 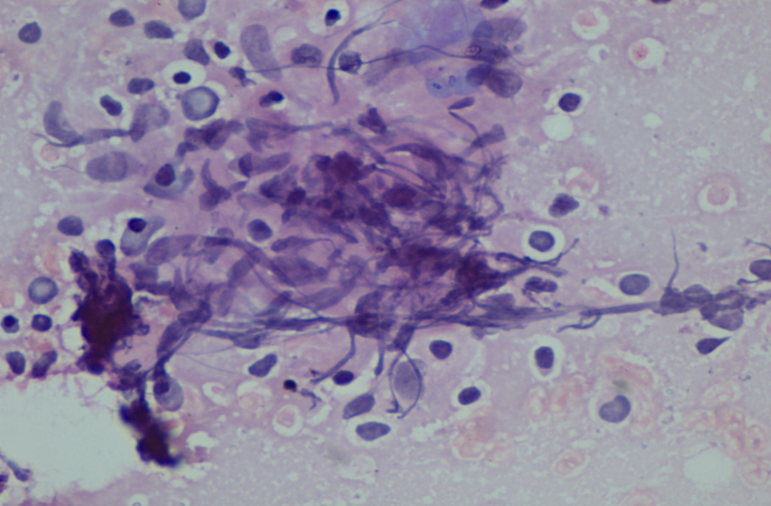 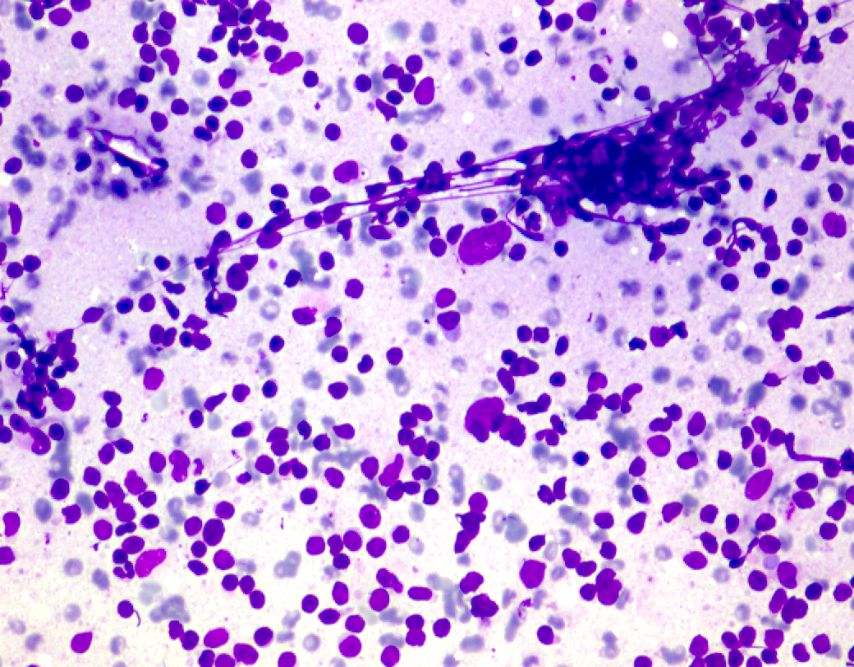 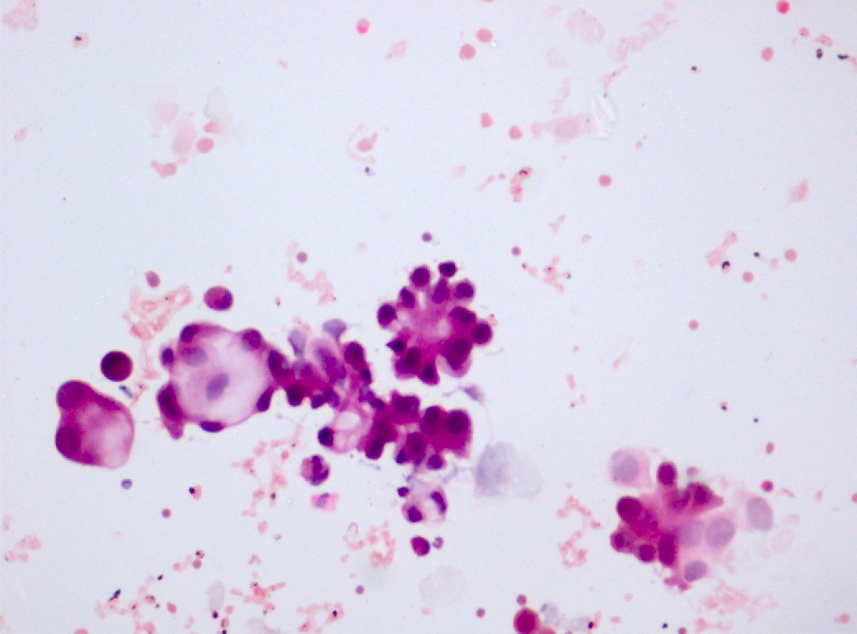 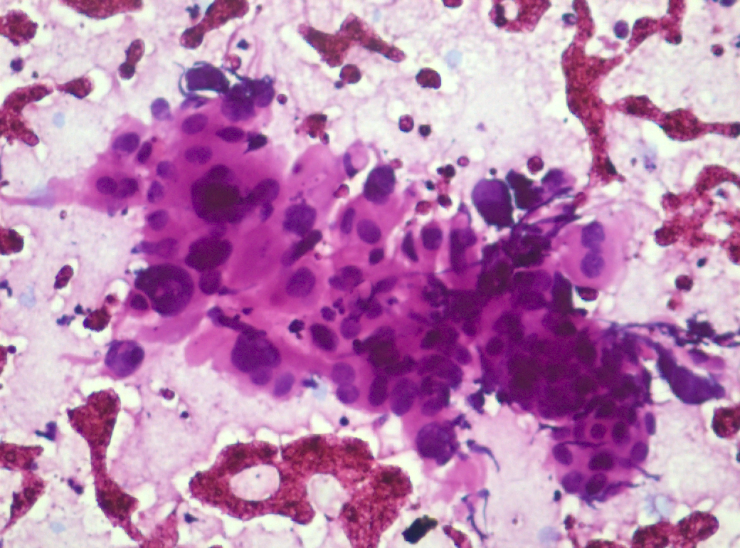 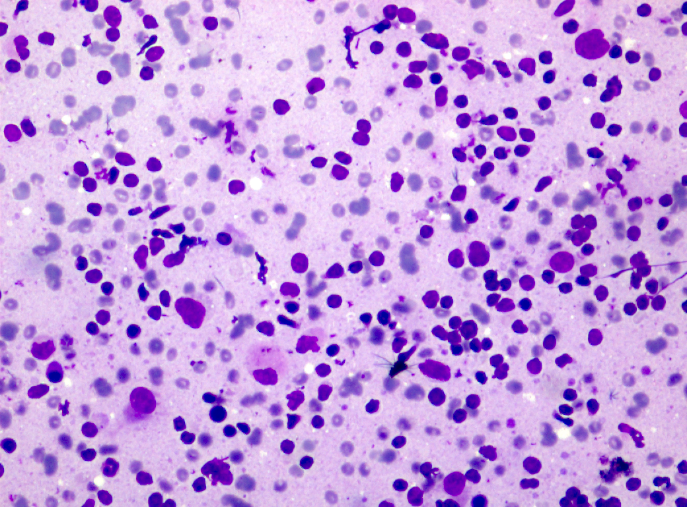 In developing countries tubercular lymphadenitis is one of the most common and important health problem, which demands appropriate treatment regimen, before they assume epidemic propogation.

Cytomorphological features of tubercular lymphadenitis manly show granulomas with or without necrosis or sometimes may show only necrosis and with other cells like histiocytes, neutrophils, intra or extracellular bacilli.

These cases should be differentiated from sarcoidosis, granulomatous lymphadenitis due to other organisms and lymph node infarction.

Reactive lymphnode hyperplasia is a non specific form of lymphadenopathy and is one of the common presentations due to variety of causes. These cases are most commonly seen in children and young adults.

Metastasis to the lymph node can diagnosed by the typical features of the neoplastic cell cytomorphology obtained from aspirates. The primary tumor can be occult in few cases. In these instances FNAC can be useful in the detection of the primary tumour. Carcinomas, melanomas, germ cell tumors and sarcomas can all metastasize to lymph nodes, among which carcinomas are most common. Cytomorphological features can be of either large cell carcinomas, nasopharyngeal carcinoma, melanoma, seminoma / germinoma and sarcomas.

The cytomorphological features in our study showed, 96.9% of infectious etiology and 3.1% of neoplastic lesions in the form of primary lymph node malignancies and metastatic carcinomas.

In our study, predominantly caseating granulomatous lymphadenitis followed by reactive lymphadenitis seen. The similar results were seen in other studies like Ameya Gamechu et al.1 and Sachin A badge et al.2

Vimal S et al. conducted a study titled Cytomorphological study of lymph nodes lesions on 187 patients: Reactive lymphadenitis was the most frequent observation in 33.69%. The second most common finding seen in these patients included was tubercular lymphadenitis followed by metastatic lesions, acute suppurative lymphadenitis and lymphomas.3

In another study, conducted by Ameya Gamechu et al., Cytological pattern of lymph node diseases were studied. It was a retrospective descriptive study done for duration of 5 years. This study showed predominance of Tubercular lymphadenitis cases followed by Chronic non specific lymphadenitis, Reactive lymphadenitis, Pyogenic abscess and rest were malignancies.1

Sachin A Badge et al. conducted a prospective study of 310 cases of lymph node FNACs in Bastar district, Chattisgarh.2 This study showed that Tubercular lymphadenitis was most common cause followed by Granulomatous lymphadenitis and Reactive hyperplasia.

Anne R Wilkinson et al. conducted a study entitled FNAC in the diagnosis of lymph node malignancies: a simple and sensitive tool. This study was a Cross sectional study of 50 cases done in NKP Salve institute, Nagpur. The results of this study showed a majority of metastates to lymph nodes (45/50) and a few lymphoma (5/50) cases.4

A study by Sadia Siddiqa Nasser et al., showed that out of 110 cases study showed 110 cases, majority were tubercular (53.6%), followed by reactive (27.1%), suppurative (6.4%) lymphadenitis, lymphoma (4.5%), cystic lymphoid hyperplasia (2.8%), metastases(1.9%), cryptococcal lymphadenitis (0.9%). The age ranged from 6 to 70 years, majority falling in 4th and 5th decade, male preponderance was found (male-to-female ratio was 1.75: 1) and cervical lymphnodes were most commonly affected. In our study inflammatory lesions were more common in males <40years of age. Metastatic lesions and primary lymphomas were seen in females more than 48 years. Among the various screening tests for tuberculosis like CBNAAT, FNAC and radiodiagnosis, FNAC is cost effective, efficient in arriving at early diagnosis.5

Tubercular lymphadenitis was the most common diagnosis in our study and in those conducted by Tirumalasetti and Latha,6 Agravat et al.,7 Jayaram and Chew,8 Shenoy et al.,9 and Deshmukh et al.6 Cervical lymph nodes were most commonly affected in 60 patients. Similar findings were recorded by others.6 The most common cytological diagnosis was tuberculous lymphadenitis (41.8%); similar to observations made in studies by others.6 Cervical lymph node was the predominant among tuberculous lymphadenitis. In our study similar finding were noted. Shveta Narang et al. studied shows that most frequent site involved was cervical lymph nodes (81.4%). Only 43.5% of cases showed AFB positivity, and bacilli detection frequently associated with necrotizing lesions (64.9%). Nonnecrotizing lesions showed AFB positivity in 7.4% of the cases. In our study acid fast bacilli detected in 40% of cases.

Diagnosis of both Inflammatory and Neoplastic lesions can be done by Lymph node FNAC effectively. Also cost effectiveness and ease of the procedure makes FNAC increases patient compliance. A larger sample and longer period of study are required for better representation of community. FNAC is the most suitable diagnostic method for early diagnosis, better management.