Aims and Objectives: This study was aimed to assess diagnostic value of BMA and Bone Marrow Clot section and role of both procedures to reach final diagnosis when done simultaneously.

Conclusion: Morphology was better in aspirate smear than clot section but Megakaryocytes, Eosinophilic precursor and Megaloblastic changes was appreciated in cell block sections. The advantage of both procedures done together provide more material and may help in more accurate diagnosis.

Aspiration of the bone marrow is very common procedure in haematology practice.1 Bone marrow examination is a very useful investigation and helps in diagnosis of various haematological diseases.

Bone marrow studies not only aid in diagnosis but also staging and monitoring of various diseases, follow up of patients on chemotherapy, transplant and other form of medical treatment.2, 3

Marrow can be involved by metastatic tumour which affects the clinical treatment and prognosis. Bone marrow examination is indeed beneficial, in cases where malignancy are not suspected clinically and is useful in detecting non hematologic malignancies. Bone marrow aspirate smears are used primarily for the assessment of differential count, (M: E) myeloid erythroid ratio, maturation status and morphological details. In addition, biopsy is usually performed to study architecture of marrow and to look for cellularity, fibrosis in conditions like lymphoma, myeloma, metastatic tumour or granulomas, where the involvement can be focal.4

The blood that is obtained along with the bone marrow aspirate is usually discarded though it can be used to prepare a clot section, similar to cell block that is extensively used in cytological practices.5

Bone marrow aspirate clot technique is not being frequently utilized in clinical practice though it has been described in literature. Very few studies have assessed its role in diagnosis and follow up in various haematological diseases. Hence the present study was conducted to evaluate the role of paraffin embedded clot section in diagnosis of various marrow disease and to evaluate the complementary role of both procedures when they are done simultaneously and also to see the advantage and disadvantage of this procedures.

This study was done on 30 cases in which had peripheral blood smear, bone marrow aspiration and cell block were included in the study. Bone marrow aspiration was performed clot section was prepared from the blood left over after aspirate smears have been made. Blood containing admixed marrow particle is transferred to container with 10% formal saline for fixation and further processing is carried out as for routine histopathology specimen. Cell block was prepared and stained with H&E and aspiration smears were stained with Leishman stain.

The selection of cases was based on the clinical examination and peripheral blood smear of patients in which a haematological disorder was suspected.

Patient having platelet count less than 20,000 and the cases which were bleeding severely, like hemophilic patient were excluded.

Total 30 cases were selected in which complete peripheral smears, bone marrow aspirate and cell blocks were available. The findings obtained are as follows (Table 1, Table 2, Table 3).

Distribution of haematological disorders according to sex

Distribution of haematological disorders according to age

The comparison between bone marrow aspiration and bone marrow clot sections are shown in Table 4.

Megaloblastic anemia was the commonest lesion in the present study. Megakaryocytes, eosinophil precursors and megaloblastic changes were better appreciated in cell blocks (Figure 1, Figure 2). Megaloblastic anemia was most common in the age group of 41-50 years and showed male:female ratio of 1.3:1, which was similar to the studies done by Kuperan, Rajshekar Swamy et al.6 in which commonest age group was 31-40 years with male to female ratio of 1.3 :1. 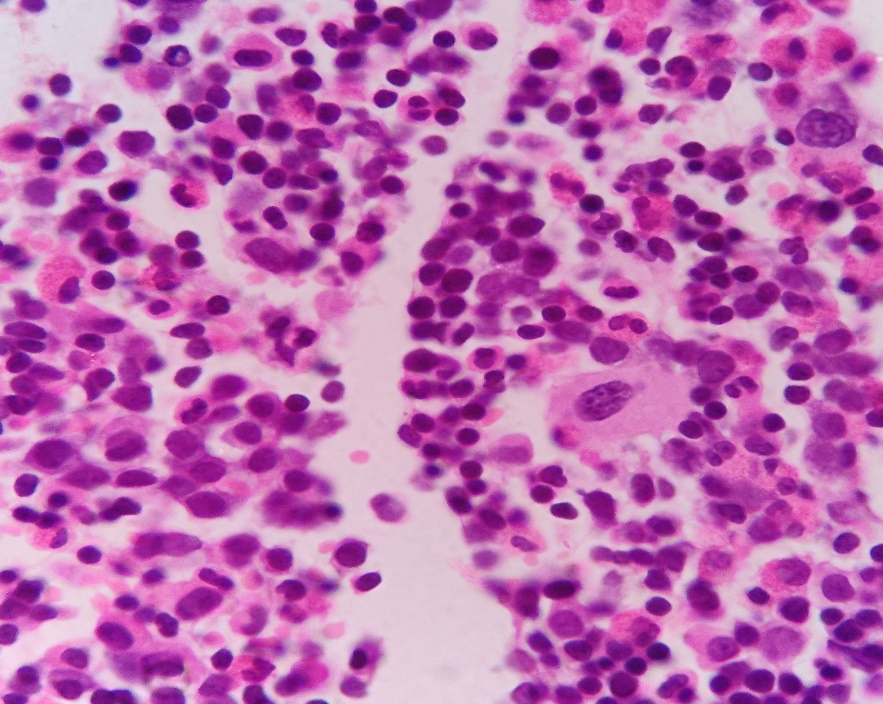 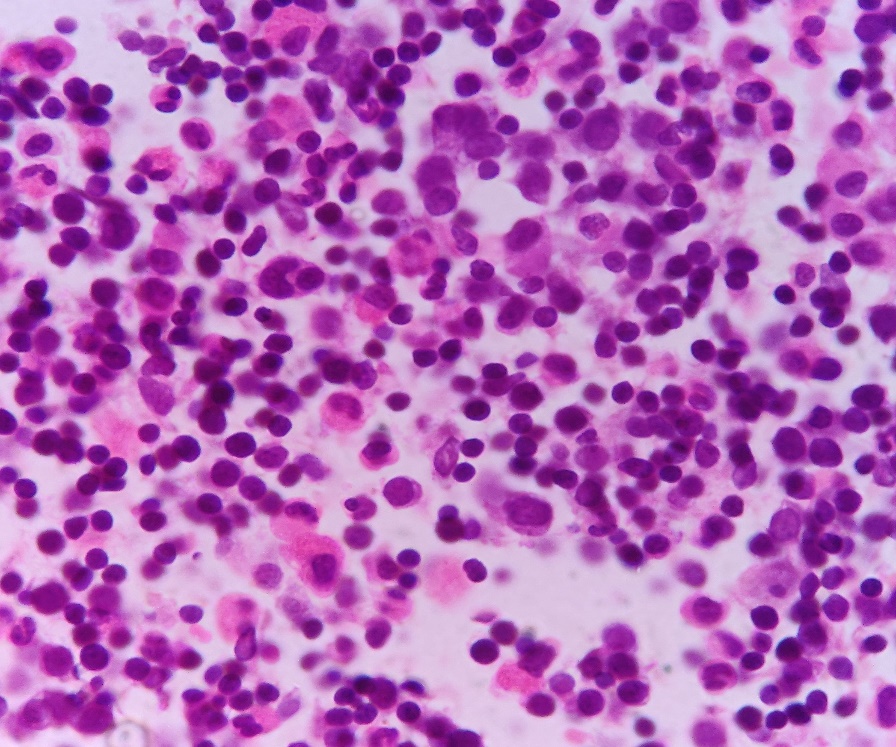 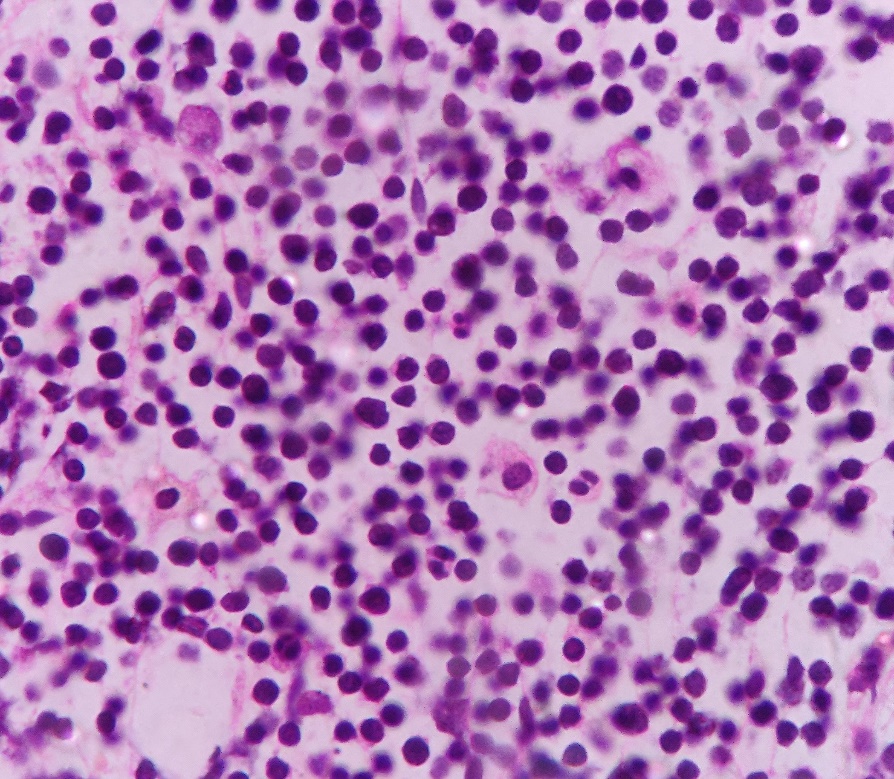 In the present study 4 cases of lymphoid neoplasm which had 2 cases of Hodgkin’s lymphoma, 1 case of Multiple myeloma and 1 case of NHL. In the study by Goyal et al.,9 they found aspirate high sensitivity for acute leukemia (89.4%), Multiple myeloma (88.5%) moderate for NHL (67.6%) and non-hematopoietic metastasis (58.3%) and low for aplastic anemia (38.5%) and Hodgkin lymphoma (5%). Aspiration had no role in granulomatous myelitis and myelofibrosis. Condition like lymphoma, multiple myeloma, metastasis tumours and granulomatous disorders may have focal bone marrow involvement. Bone marrow aspirate alone in these condition may result in false negative diagnosis and an added trephine biopsy sometime from two sites is vital to establish the diagnosis.9

Bone marrow aspiration and paraffin embedded clot section are still very useful tools in diagnosis of unsuspected non haematological malignancies. But in our present study one case of metastasis was diagnosed on aspirate but clot section was unsatisfactory (Figure 4). 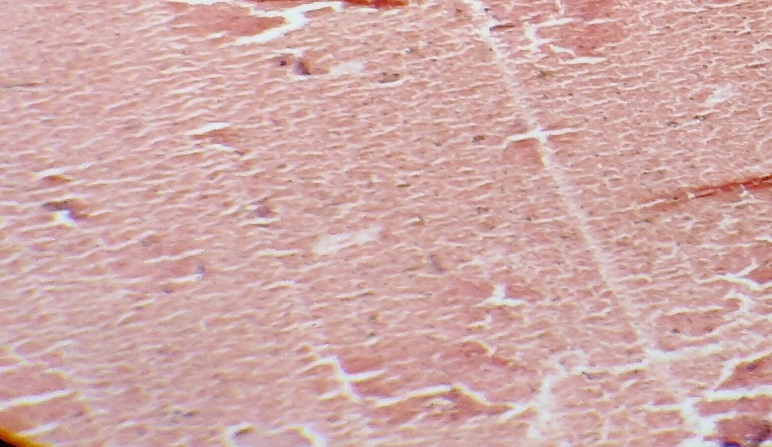 But in cases of Naveen Kakkar et al.,10 diagnosed a case of Relapse of multiple myeloma with clot section alone with negative bone marrow aspirate and trephine biopsy.

The study concludes that preparation of bone marrow aspirate and clot section is easy, rapid and complementary to each other in majority of lesions. Megakaryocytes and eosinophilic precursors can be better appreciated in cell block, further cell block can be stored and used for specialized procedures like IHC. The advantages of both procedures done together improves the diagnostic yield.