Sharma, Kumar, Bansal, and Gupta: Spectrum of lesions of head and neck in a medical college of North India

Background: Head and neck lesions especially oral cancers and pre-cancerous lesions have a high prevalence in India, especially in states like Uttar Pradesh pertaining to use of Pan masala, smokeless tobacco and zarda in the population. The lesions are common in patients of all age groups.

Aim: This histopathology based study was conducted for the assessment of neoplastic and non-neoplastic lesions of head and neck in the region around North Indian city of Lucknow.

Materials and Methods: This is a retrospective study conducted in the Department of Pathology, T S Misra Medical college and Hospital, Amausi, Lucknow. The head and neck cases for time period of two years and eight months were retrieved from the histopathologic section of department. Thorough analysis of these specimens was done and data was compiled based on histomorphological diagnosis and other parameters like site of lesion, sex and age group.

Results: Study was done for 189 biopsies from head and neck region. Peak incidence of case was seen in 21-50 years age group, in the overall age range 3 to 86 years of our study. Male outnumbered female by ratio of 1.77:1. 63 cases of the study were inflammatory, 40 cystic, 46 benign, 14 dysplastic and rest 26 cases were malignant. Commonest malignant lesion was Squamous cell carcinoma of the oral cavity.

Conclusion: It was noteworthy that precancerous and malignant lesions of oral cavity constitute a high percentage of head and neck lesions for the present cohort of referral patients.

Head and neck lesions are common among all age group of patients.1 These lesions include a variety of inflammatory, cystic, benign, dysplastic and malignant conditions. The malignancies of head and neck region are more common in Indian males which are attributed to tobacco use, alcohol, poor oral hygiene, viral infections and low socio-economic status.2

The spectrum of head and neck neoplasias may vary from one place to another within the country depending on the etiological factors.4 There are numerous methods available for diagnosing these lesions but histopathological examination of the tissue biopsy is the gold standard.5 Benign lesion may progress to severe dysplasia, carcinoma in situ and/or squamous cell carcinoma. Therefore, early diagnosis is very important and can be life saving especially in oral lesions.6

This retrospective study was performed in the department of Pathology at T. S. Misra Medical college and Hospital, Amausi, Lucknow. We evaluated head and neck specimens received in our department from January 2016 to August 2018.

A total of 189 blocks and stained histopathological slides (H & E stained) were retrieved from histopathology section and re-examined. New H&E stained sections were made whenever required. Intracranial biopsies were included in the study. Details of clinical history, age, sex and location of lesion of patient were obtained from filled requisition forms.

A total of 189 cases were analyzed during the study period. The age range varied from 3 yrs to 86 yrs. Youngest was a 3 years female diagnosed with Anaplastic Ependymoma (WHO Grade III). Two patients were 86 yrs old, one presented with growth lateral side right eye and diagnosed as Well differentiated squamous cell carcinoma and the other came with mass in temporal region also diagnosed as Well differentiated squamous cell carcinoma. Maximum patients with head and neck lesions belonged to 21-30 years age group (29.6%) followed by 31-40 years age group (23.2%).

Oral cavity accounted for majority of lesions (63 patients- 33%). Out of total of 63 of these biopsies, 22 were inflammatory, 8 cystic, 5 benign, 13 dysplastic and 15 malignant. These lesions were from tongue, gingival, buccal mucosa, upper and lower lip and palate.

Otologic and neck lesions were the next most common lesions, 17 cases each (9%).

6 lesions were from forehead region (3%). The lesions were mostly benign and included Lipoma, Seborrhoeic keratosis and Arterio-Venous fistula.

Lesions from thyroid were 5 in number (2.6%) and included colloid nodular goitre with one case of follicular adenoma.

Distribution of head and neck lesions at various anatomic sites 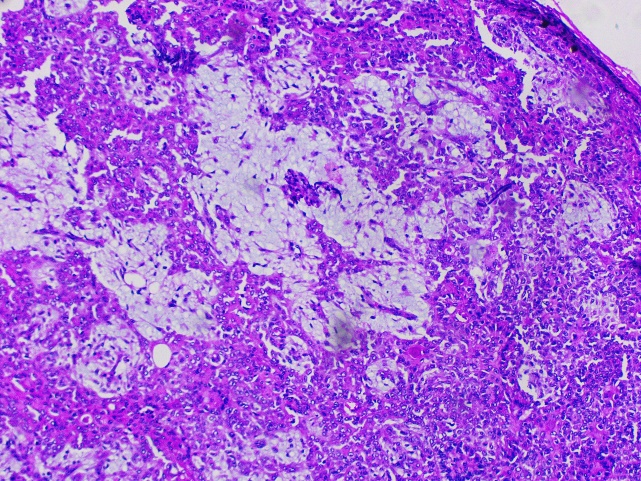 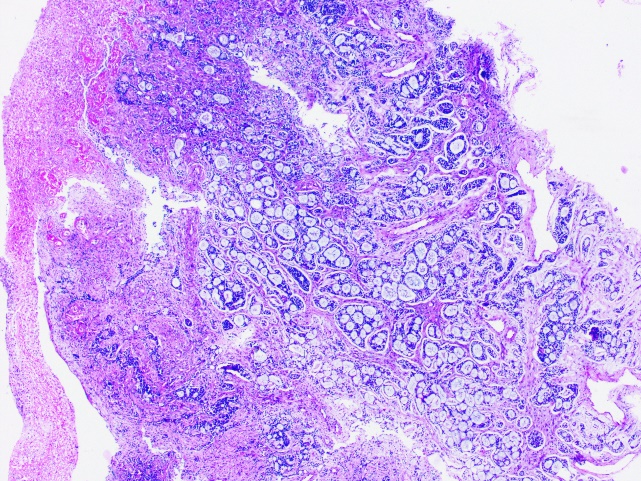 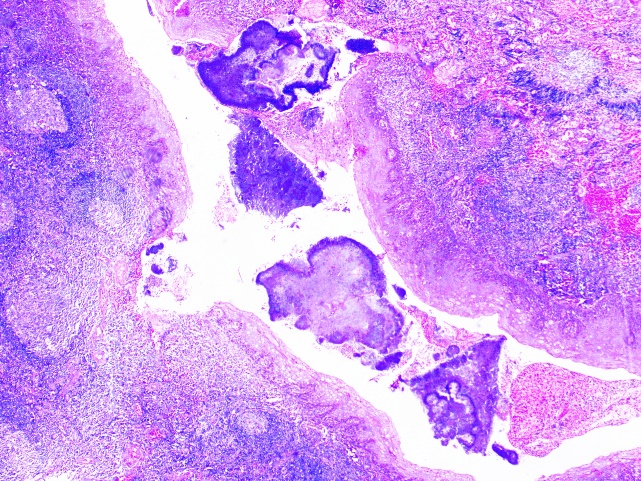 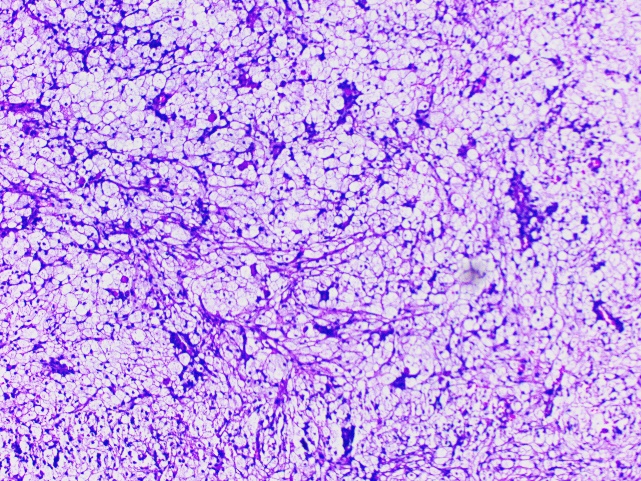 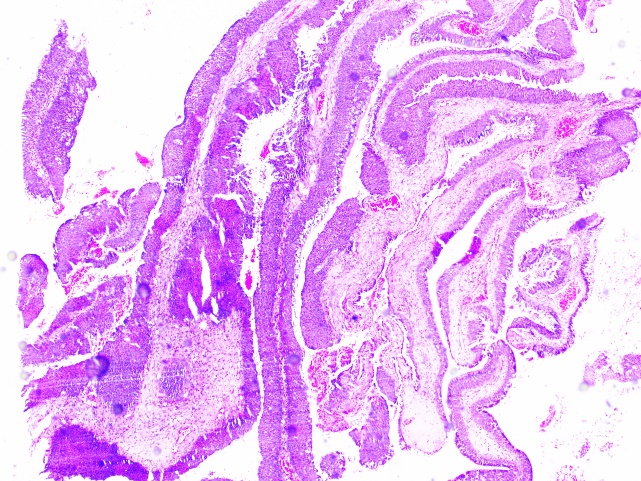 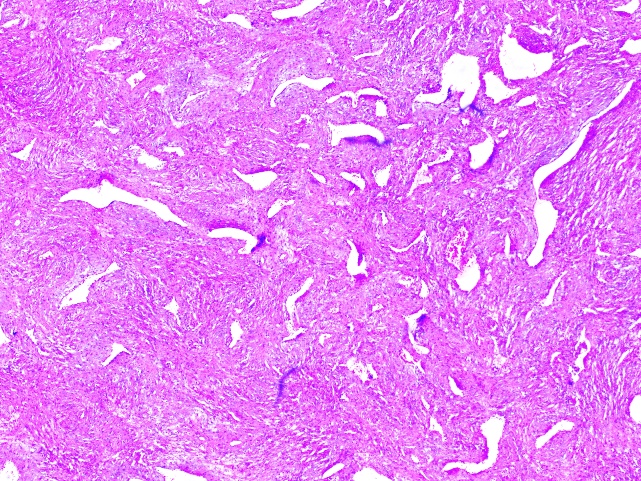 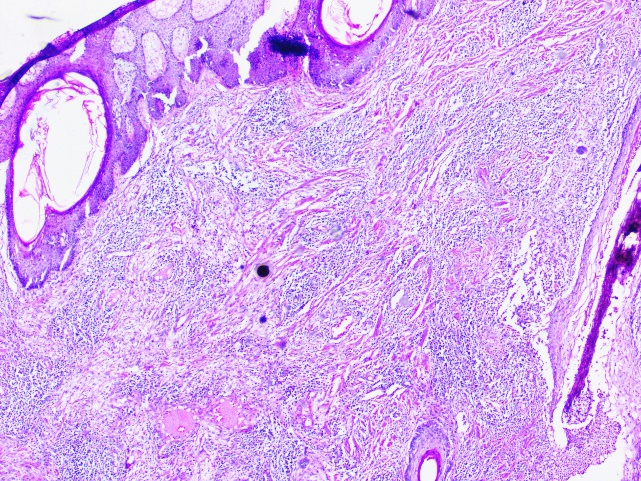 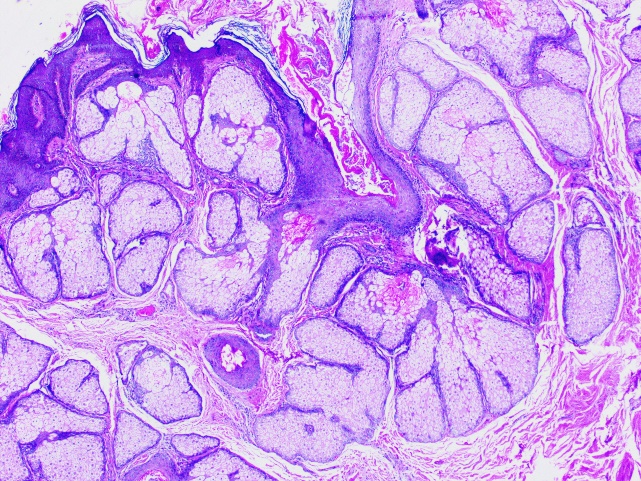 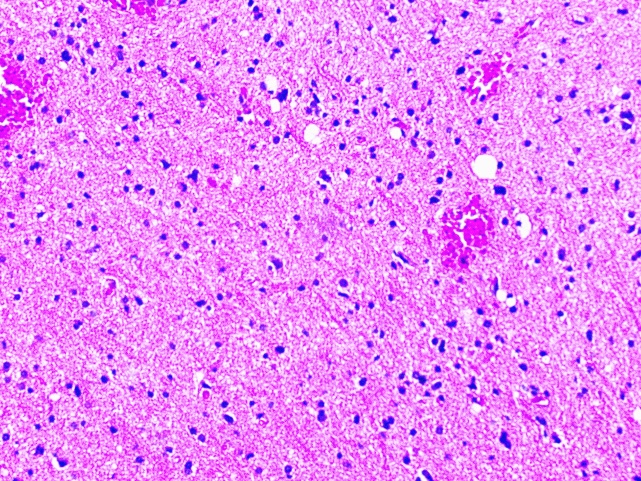 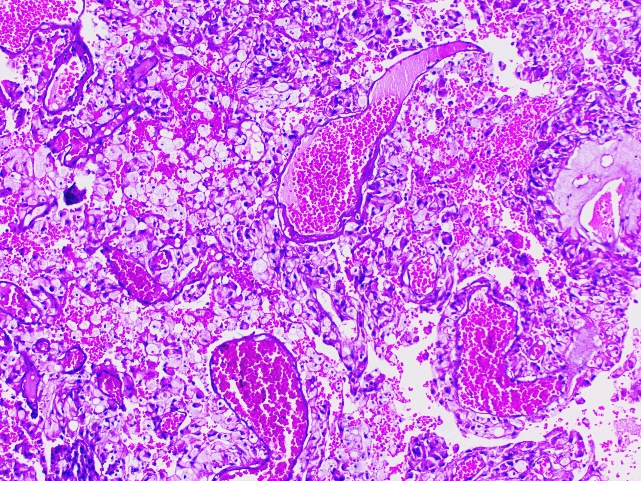 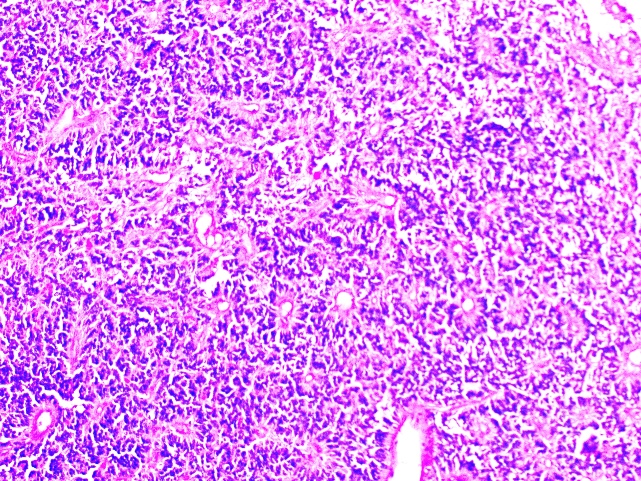 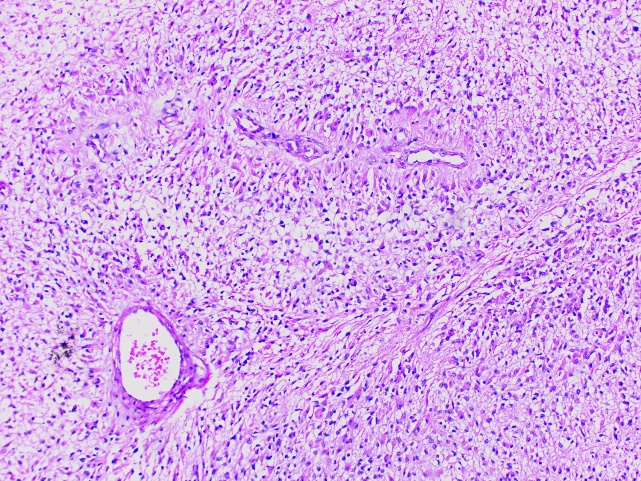 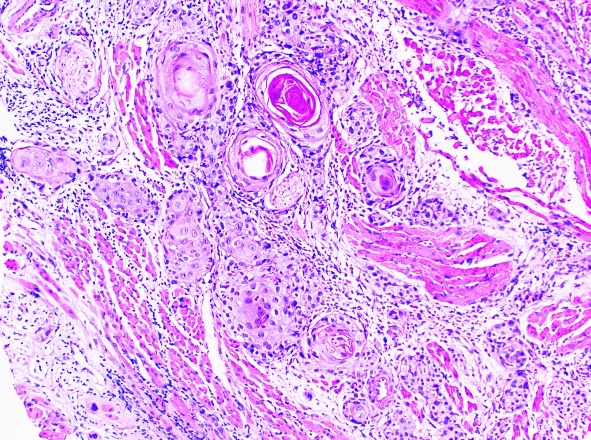 The present study a total of 189 cases of head and neck lesions were documented in a cohort of patients referred for histopathological examination during two year eight months period in our department.

Lesions which arise from head and neck region are diverse with each disease having its own history, epidemiology, histomorphology and treatment.7 The lesions range from inflammatory and cystic to neoplastic.

The head and neck lesions are frequently seen among all age groups. In our study the age range was between 3yrs to 86 yrs. Maximum cases were seen in the age range of 21 to 50 years contributing to 66% with the highest percent in the age group 21-30 years followed by 31 to 40 and 41-50 years. This is similar to study by Sharma M et al who also reported patients between age range of 3 and 85 years with maximum cases in 21-50 years age group (51.03%).1 However this is in contrast to study by Singhal U et al. in which majority of lesions were reported in 41-60 years age group.2 In Taiwan study by Lei F et al. showed the lesions distributed in a slightly higher age range of 50-59 years which the author has attributed to due to aging population in Taiwan.8 In the study performed by Urooj et al., the age ranged between 1.5 and 80 years which only slightly varied from our study.3

In the current study the lesions of head and neck were topographically distributed into eleven main sites which in the decreasing order of involvement were oral cavity, scalp/head, otologic, neck, tonsil, face, nose, forehead, thyroid, larynx and salivary gland.

The benign lesions were more prevalent in 21-50 years age group while higher number of malignant lesions were seen in age group 51 years and above. These observations are consistent with findings of Sharma et al1 and Popat et al.10

Most common site of cases in our study belonged to the oral cavity (33%). These lesions were more common in males. The most common site was buccal mucosa followed by lip and tongue. This was in agreement with findings by Kosam and Kujur6 and Sharma et al.1 A higher number of female patients with oral lesions was reported by Modi et al.5 Inflammatory lesions in our study were keratosis without dysplasia, fibroepithelial polyp, periapical abscess etc. Cystic lesion included most commonly mucocele. Pyogenic granuloma was the most common benign lesion and lichenoid dysplasia was the most common dysplastic lesion. The malignant lesions constituted well differentiated squamous cell carcinoma predominantly followed by Moderately differentiated carcinoma and Verrucous carcinoma. Similar lesions were also documented by Kosam and Kujur in their study.6 Our study was in agreement with Shah and Patel who also report oral cavity as the most common site of malignant lesions of head and neck.7

The next most common lesions were from ear and neck (9%each). The neck lesions comprised of granulomatous and tuberculous lesions of cervical lymph node, cystic lesions like thyroglossal cyst and benign lesions including lipoma, hemangioma, schwannoma and spindle cell hemangioma. In our study the most common cause of cervical lymphadenopathy was granulomatous/ necrotic/ tubercular lymph node which was similar to the study of neck lesions by Popat et al.10

The otologic lesions were mostly cholesteatomas, one severe dysplastic lesion and a malignant case of well differentiated squamous cell carcinoma which presented as left ear mass.

The thyroid lesions were diagnosed in 5 patients (2.6%) and comprised of three cases of colloid nodular goitre and two of follicular adenoma. Sharma et al. also reported colloid goitre as the most frequent non-neoplastic entity.1

Laryngeal lesions were 4 in number (2.1%) and included two cases of vocal cord nodule and two cases of moderately differentiated squamous cell carcinoma. Studies implicate an association with asbestos, nitrogen mustard, wood dust, tea, smoking, zinc etc.12 Popat et al. reported larynx as the most common site of malignancy unlike our study in which oral cavity was the most common site.10

Adisa et al concluded that epithelial lineage malignancies (carcinomas) are more common in the head and neck than lymphomas, sarcomas or neuroendocrine tumors13 in our study we found exclusively carcinomas as the most common malignancies.

Alka Dive et al. emphasized the basis of origin and importance of tumor patterns in oral and maxillofacial tumor diagnosis.16

Our study is first of its kind in the region covering Amausi and adjacent semirural areas and has highlighted the whole spectrum of lesions involving head and neck region which are ranged widely from inflammatory, cystic, dysplastic, benign and malignant. It is concluded that among head and neck lesions, majority of patients have presented with inflammatory, dysplastic and malignant lesions of the oral cavity whereas the cystic lesions were most commonly encountered in the scalp. Benign lesions are most commonly manifested as skin and soft tissue lesions of scalp/head.