Histopathological study of lesions of nasal cavity and paranasal sinuses:

Introduction: The nasal cavity and paranasal sinuses are exposed to many environmental pollutants and pathogens. Exposure to such influences can lead to a variety of lesions primarily affecting the sinonasal tract. The aim of this study was to find out the incidence, age and sex distribution and to enlist the different types of lesions of the nasal cavity and paranasal sinuses.

Materials and Methods: A study of 122 cases was conducted over a 2 year period. Both retrospective and prospective cases were included in the study. All relevant clinical details, tissue sections with H&E, special stains and IHC stains were done whenever necessary.

Conclusion: A variety of lesions with overlapping clinical features can affect the sinonasal tract. Histopathology remains the gold standard for establishing the diagnosis in such cases.

‘Sinonasal tract’ is a collective term used for nasal cavity and paranasal sinuses.1 The main functions of the sinonasal tract are filtering and humidifying inhaled air. The nasal cavity also has specific olfactory receptors for airborne odorant molecules. The paranasal sinuses additionally have the functions of acting as resonating chambers during speech and reducing the relative weight of the skull.2

These functions lead to exposure of various allergens, pathogens, chemical and physical irritants and other environmental influences. As a result of these multifaceted exposures, various inflammatory conditions, infections and neoplasms can occur in the sinonasal tract.3

Prevalence of sinonasal masses in the general population is 1 to 4%.4 A careful clinical workup including symptomatology, radiological investigations and endoscopy helps to determine a differential diagnosis but histopathology provides the final diagnosis.5 Thus histopathological examination is essential for timely diagnosis and intervention.6

Th is study was a descriptive cross-sectional study and was carried out in the Pathology department of a tertiary care hospital. Institute Ethics Committee Clearance (IECC) was obtained before start of the study.

The study took 2 years for completion and 122 cases from September 2011 to August 2018 were studied. Cases from September 2011 to August 2016 were part of the retrospective study. The archives of the Department of Pathology provided the paraffin blocks, slides and reports required for the retrospective study. For the prospective study, the formalin fixed tissue specimens were received with a detailed clinical history and radiological findings. Gross findings of the specimens was noted and adequate sections were taken and stained with hematoxylin and eosin. Special stains and immunohistochemical stains were used to confirm diagnosis wherever necessary. Neoplastic lesions diagnosed were classified accordin gly by referring the 2017 WHO classification of tumours of nasal cavity and paranasal sinuses.7

Age distribution of lesions of nasal cavity and paranasal sinuses 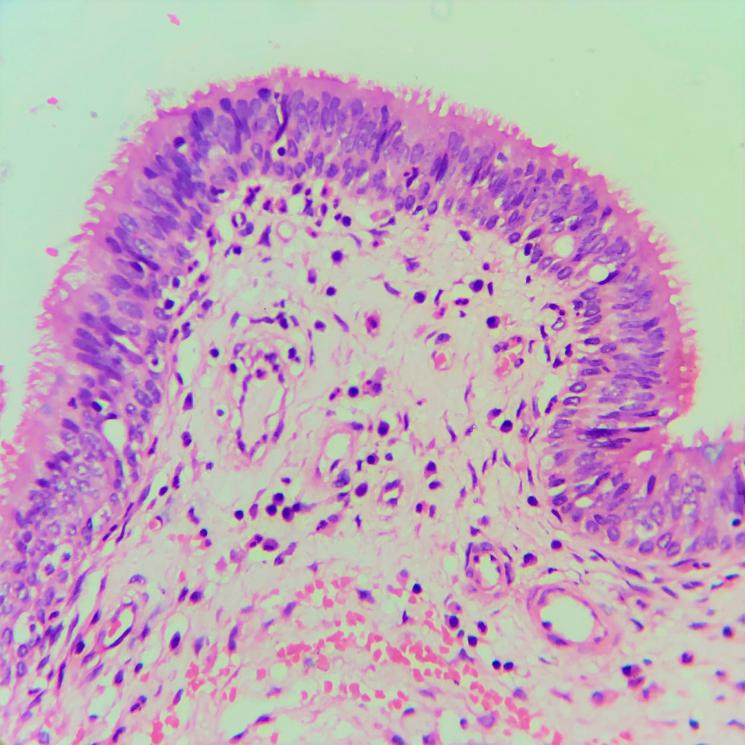 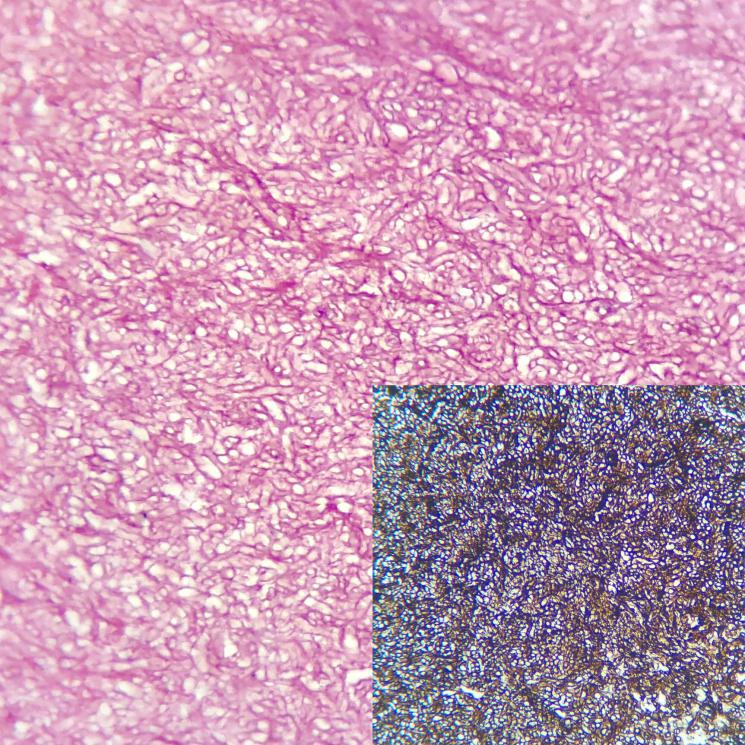 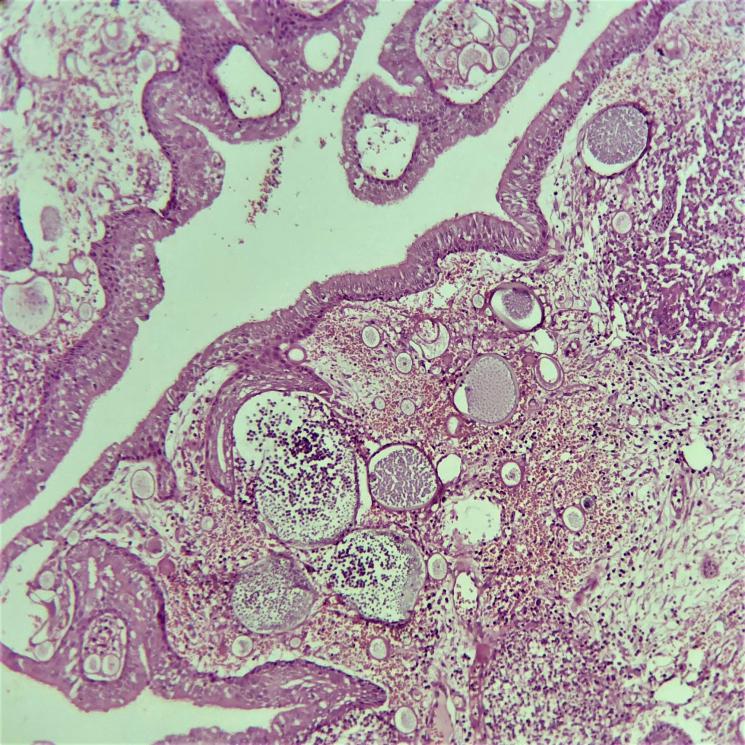 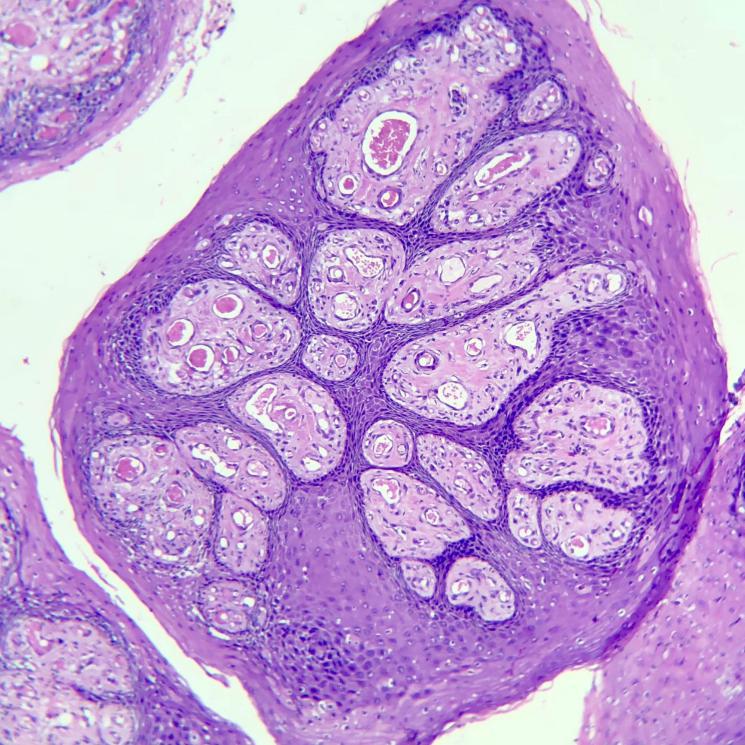 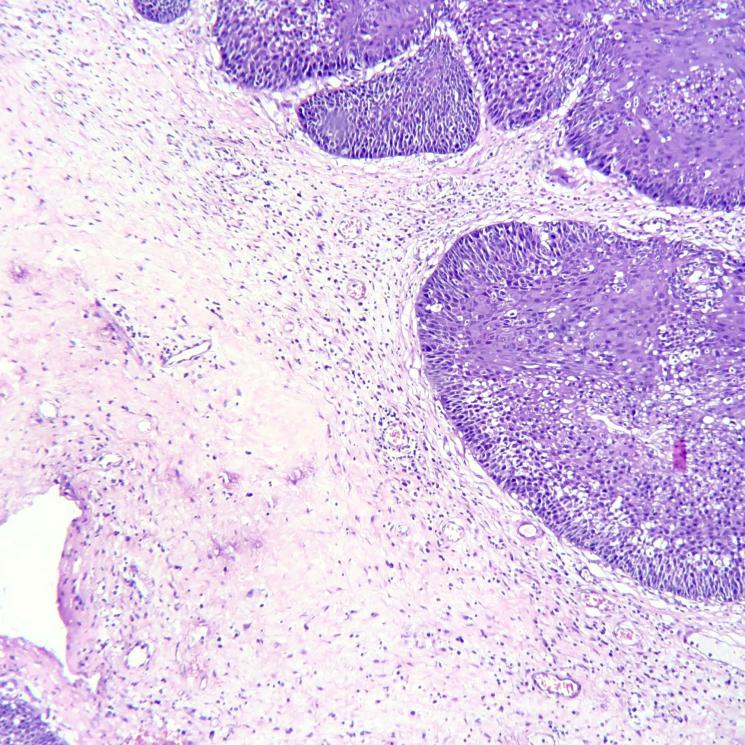 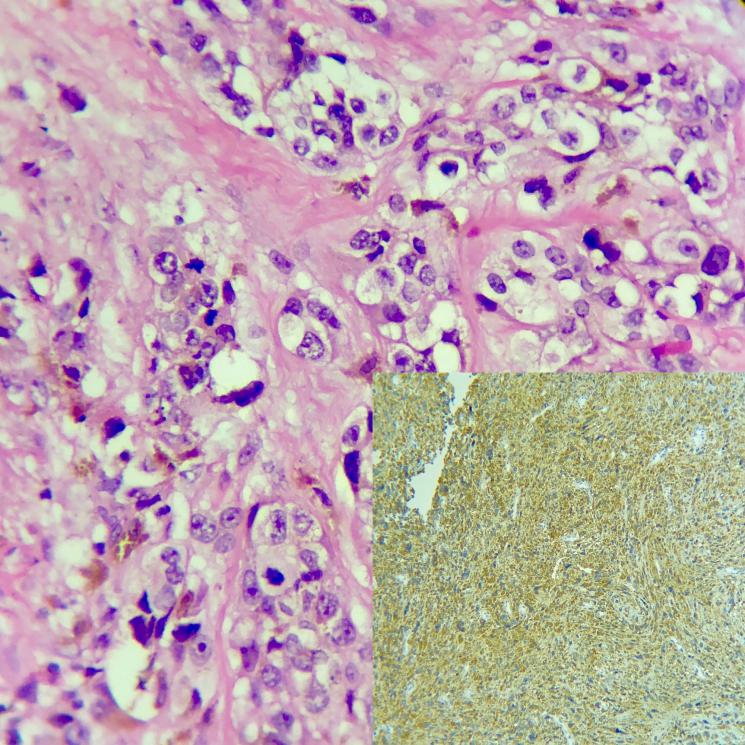 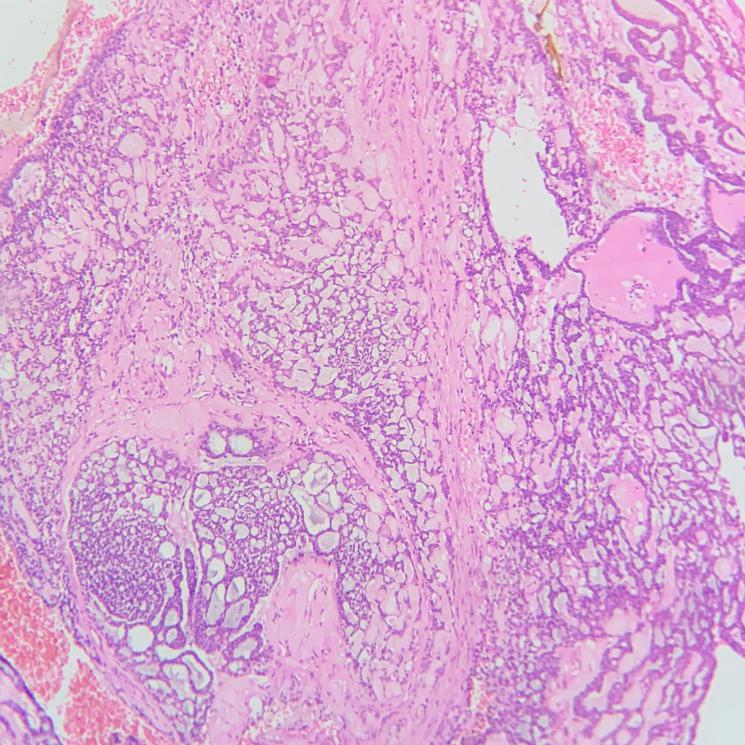 Male to female ratio of 1.39:1 was calculated in this study. Similar findings of male preponderance were observed in studies conducted by Tondon et al,10 Khan et al11 and Kulkarni et al.6

Frequency of non-neoplastic and neoplastic lesions compared to previous studies

Peak incidence of sinonasal polyps was noted in the third decade. Similar findings were observed by Khan et al11 and Kulkarni et al6 who reported a peak incidence in second and third decade of life. Male predominance was observed and this was in compliance with the studies by Dasgupta et al12 and Khan et al.11 Microscopically, the epithelial lining is ciliated pseudostratified columnar, with stromal infiltrate comprising of eosinophils, lymphocytes and neutrophils. (Figure 1)

It was noted that hemangioma could occur in any age group but was most commonly noted in the fourth decade. This finding was in accordance with Dasgupta et al12 and Kulkarni et al6 who re ported the same and the mean age of presentation in their studies was 32.4 years. Females were more afflicted than males (1:2). Similar findings were noted by Kulkarni et al6 (1:1.5) but Dasgupta et al12 observed male preponderance (1.95:1). Microscopic fe atures such as lobular arrangement, capillary proliferation and capillary lining by plump endothelial cells were noted. (Figure 4)

To conclude, various types of lesions affect the sinonasal tract. These lesions can affect any age group. Irrespective of their etiology, whether non-neoplastic or neoplastic, the lesions can present with similar clinical features. Radiological studies and other investigations can help provide a differential diagnosis, but the final diagnosis can only be given on histopathological examination. Definite diagnosis is essential for further management and to determine the prognosis of the patient. Therefore histopathology plays an intergral role and remains the gold standard for establishing the diagnosis of sinonasal tract lesions.